Trainer Jason Carkeet finds a star youngster of his own Jason Carkeet is most certainly not the biggest name trainer in the Sunshine State.

With his modest stable of pacers at Buaraba Creek, the 51-year-old horseman has prepared 15 winners across the last two campaigns.

But, Carkeet has had a hand in some of the top standardbred’s that have come out of Queensland in recent years.

While also preparing his own stable, Carkeet breaks in horses for champion trainer and driver Grant Dixon and one of his major owners, Greg Mitchell, who is also vice-chairman of the Albion Park Harness Racing Club.

Carkeet has started the journey of many high-level pacers for the Mitchell and Dixon partnership in recent years and now, he might just have a horse of his own to compete against them.

It is not just Mitchell and Dixon who send their young ones to Carkeet, several of the leading barn's from around the state use his services.

Young filly Lady Digby was a smart winner of a QBRED TRIAD 2YO Fillies heat last Tuesday afternoon at Albion Park and now looks to be one of the leading chance’s in this Saturday’s Group 1 Final.

Of the pacers who are competing on Saturday night at Albion Park, Carkeet estimates he broke in as many as 14 of them. 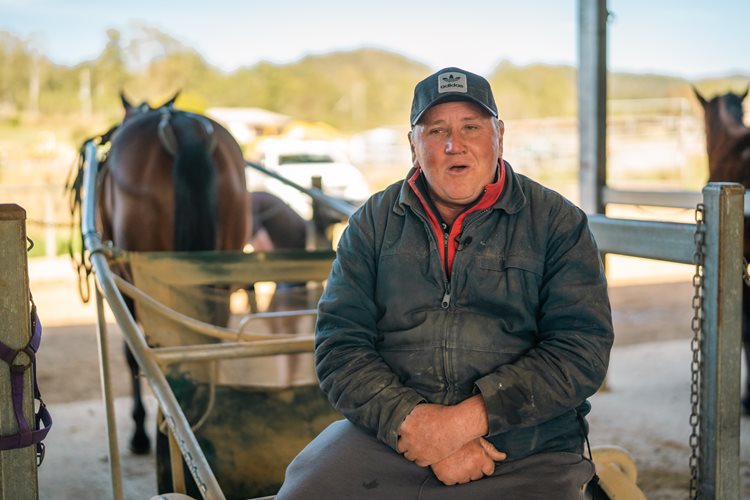 “It is a huge compliment from a guy like Grant,” Carkeet said about breaking in the leading trainer’s youngsters.

"These are people I grew up with and they work in well with me.

"They listen and respect my opinion, which is great."

Carkeet breaks in around 20 horses a year.

It is not the only big name in the sport Carkeet has been associated with.

He previously trained for former billionaire Queensland owner Clive Palmer as well as working as his stud master at his Cold Mountain Stud racing operation.

Emerging reinsman Leonard Cain has stuck with the black filly the majority of the way through her eight-start career journey so far.

While Carkeet does not have the profile of a trainer such as Dixon in 2022, Cain believes he more than holds his own.

“Jason is a good trainer, he only has a small team but he does a good job with his horses,” Cain said.

“It is nice to have an association with Jason as a trainer as he is also a family friend. 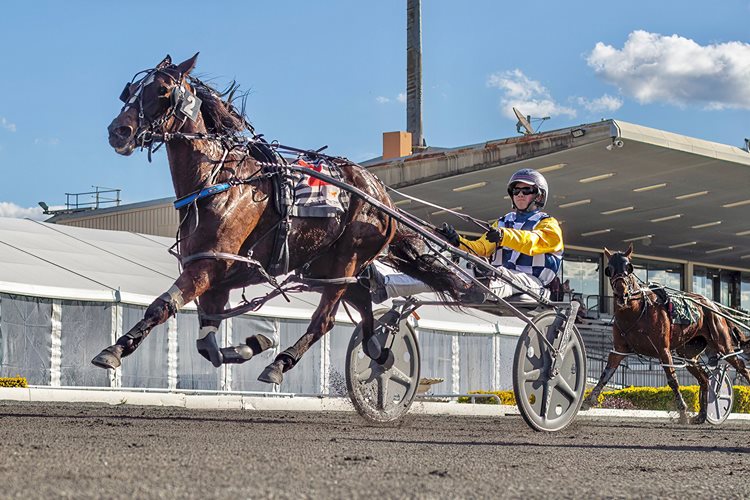 “It is good to get on the right horses.

“Jason’s horses always look good and race good, he always has their gear pretty spot on.

“He is a great trainer in my opinion.”

The Carkeet stable have had Group 1 starters before Saturday evening but are yet to run in the money at the highest level.

He has four minor placings in Group 2’s on his resume.

Carkeet and owner and breeder of Lady Digby - Cameron Spencer – have had a long association with the “Digby” line of breeding, working with numerous over the years that have made it to the track.

But, as the trainer recalls, many battled injuries.

The stable have worked tirelessly on Lady Digby to ensure she has stayed sound at the young stage of her career.

“He has been great,” Carkeet said of Spencer.

She has been up for a while – having eight starts, as well as trials, since late April – but they have done enough to keep her ticking along nicely ahead of the feature Final.

“It is pretty awesome, she showed a lot of talent from day one,” the trainer said.

“We have had the family the whole way through but unfortunately they have been injury prone the other ones. 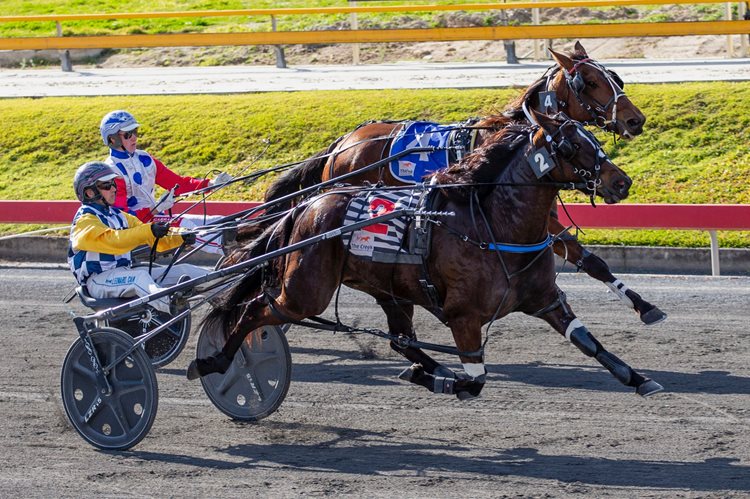 “We have been fortunate with her.”

The 23-year-old Cain was handed the drive unexpectedly one day and as Carkeet details, he handled it well, as she can be a quirky customer to handle.

“She just keeps getting better and better,” Cain said.

“There is bigger things ahead for her, even into next year, I think she will be a lot better then.

“It is exciting now to be in a Final like this after taking out one of the heats.

“The way she is going, she will be competitive in the Final.”

Mathew Neilson drove the filly in her first few race starts and trials and the stable could have easily gone back to him, but they have stuck by Cain.

Carkeet was extra impressed with Cain’s thoughts following a trial earlier this month, which the trainer implemented and he thought led to her second career victory in the heat.

“The information after every drive that he relays back to me of things where we can improve, that has been great,” Carkeet said of Cain.

“For a young guy, he certainly has an old head on his shoulders.”

As well as the Group 1 bound filly, Carkeet has around 22 in work and utilizes a thousand metre track at his property.

Having a team of just 22 allows him to focus his attention on the babies to ensure they are properly broken in and prepared for their racing journeys.

In Tuesday’s heat, Lady Digby sat behind the leader for the majority of the trip and Cain presented her at the right time and she did the rest.

The team behind her were pleased with the heat performance and think there is more to come in the Final.

“I was really happy with her in the heat, she has had a pretty long prep this time in,” the trainer said.

“We have been taking her week by week and we are really happy with the way she has come up.” 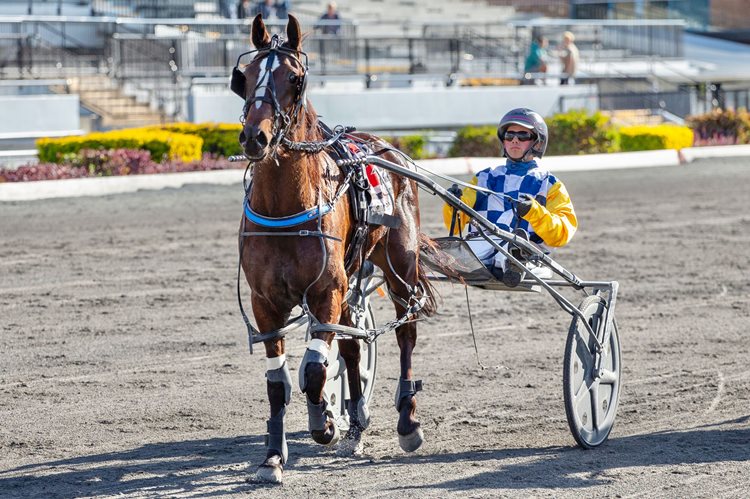 Cain backed up Carkeet’s thoughts, declaring she has speed and strength.

“She was super in the heat,” Cain said.

“She got out of the gate good and we were able to get the right trip.

“It was a convincing performance ahead of the Final.

“It was very pleasing, the run.”

This Saturday night will showcase four Group 1 features at Albion Park, highlighting all the rising stars from the Queensland breeding ranks.

“This is one of the major nights for the year, the QBRED nights mean something to everyone in Queensland,” Cain said.

“Everyone works breeding and training these horses all year round and it is satisfying to get to this point to get a horse in the Final.